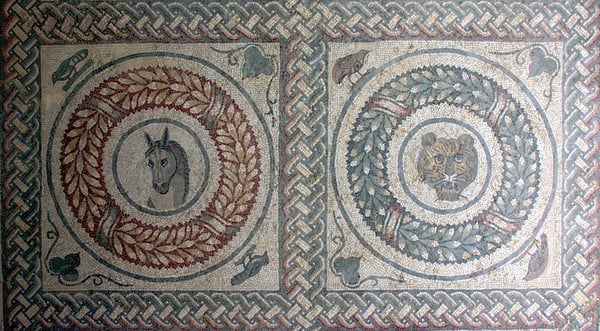 A Roman mosaic is a mosaic made during the Roman period, throughout the Roman Republic and later Empire. Mosaics were used in a variety of private and public buildings, on both floors and walls, though they competed with cheaper frescos for the latter. They were highly influenced by earlier and contemporary Hellenistic Greek mosaics, and often included famous figures from history and mythology, such as Alexander the Great in the Alexander Mosaic.

La Caccia / The Great Hunt Mosaic The mosaic in the corridor is very complex. It is a depiction …