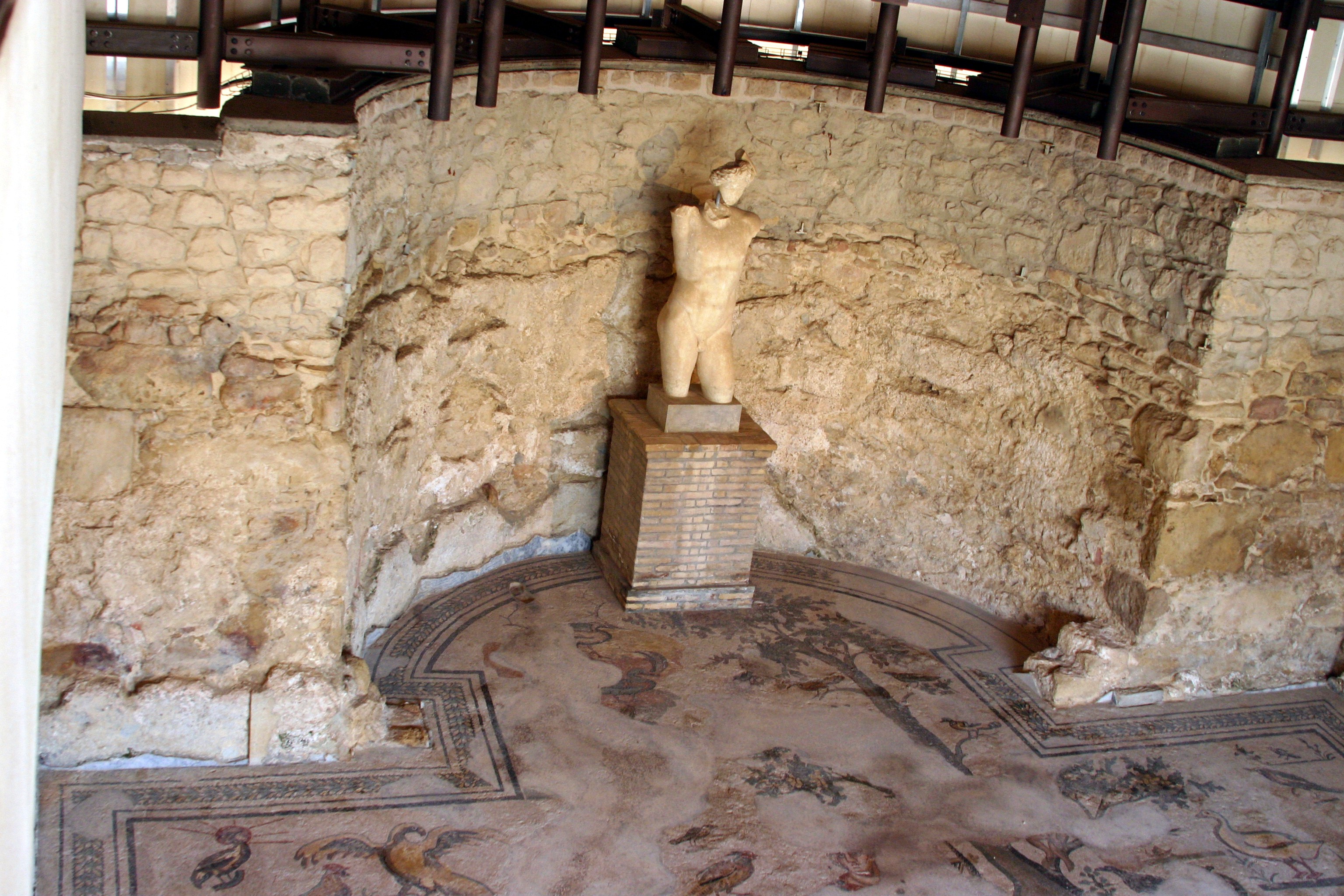 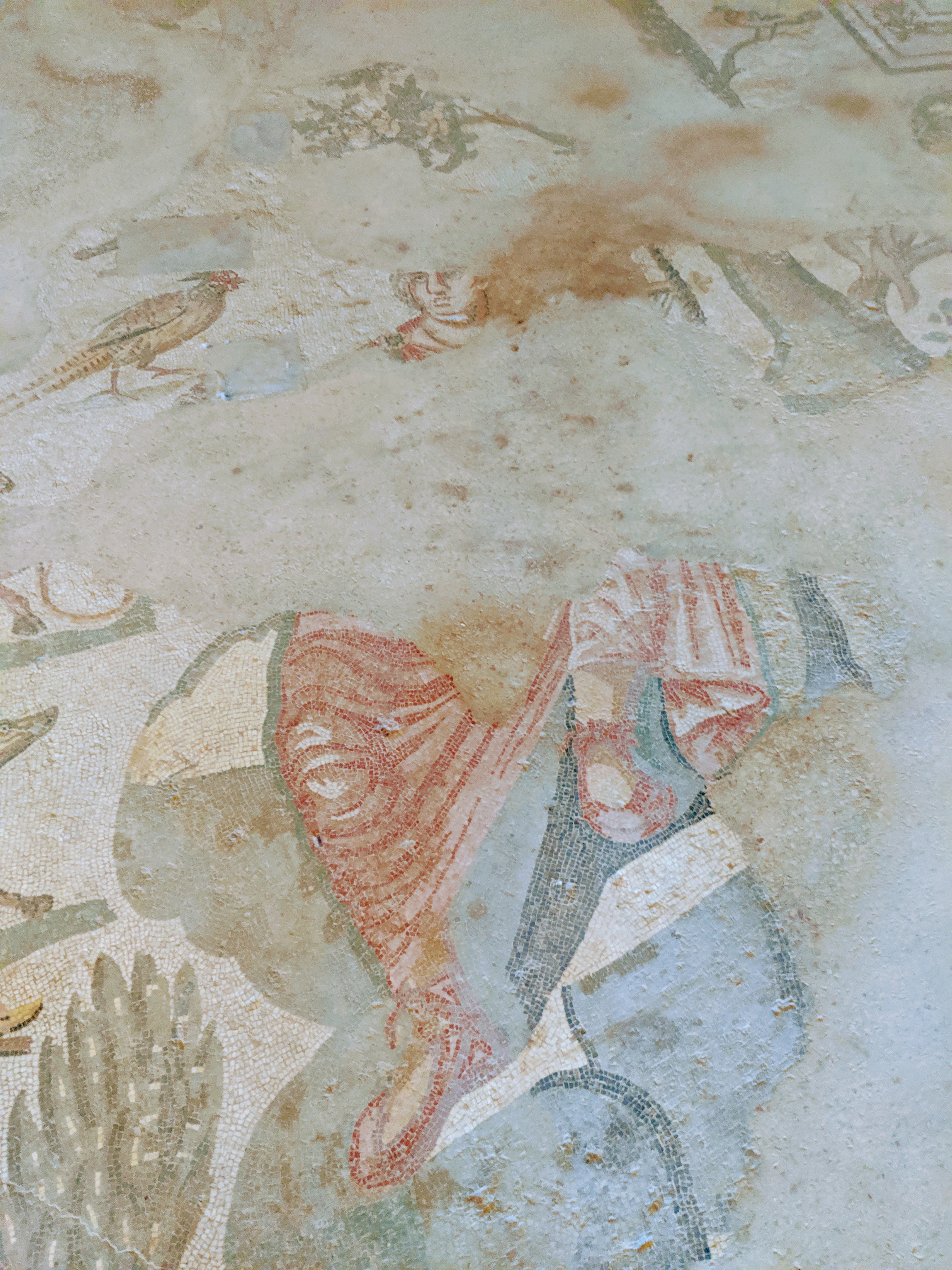 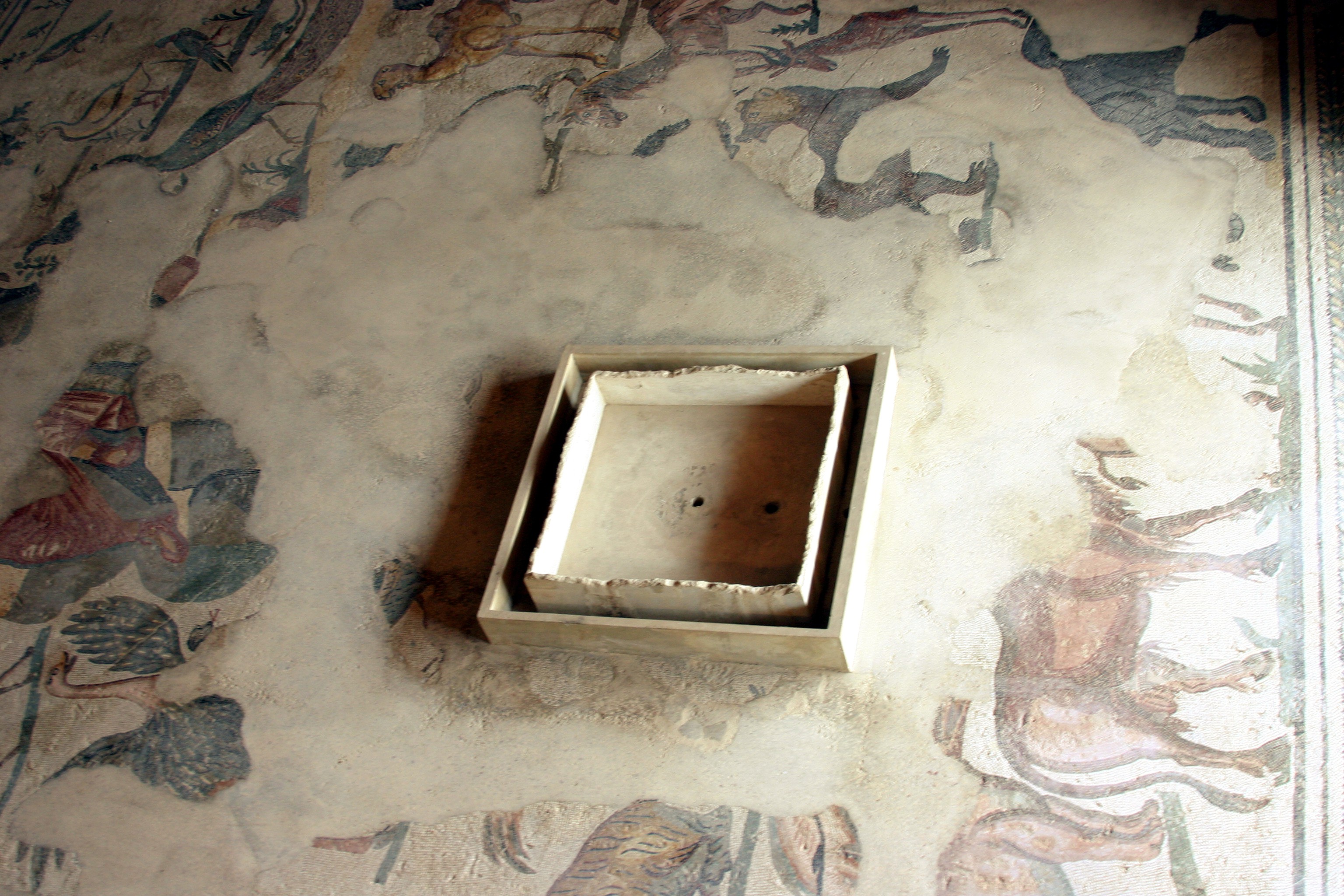 "The Hall of Orpheus is a hall or small basilica in the Villa Romana del Casale. It is located at the S. side of the peristyle, near the Room with Girls in Bikini. The hall is a 10×8m room with an apse at the S. end, preceded by two columns. At the centre of the room was a fountain and in the apse is the base for a status of Apollo. The torso of this status was found in corner during the excavations and has been restored to its original location. The mosaic that covers the entire room, depicts Orpheus as he entices the wild animals with his music. In front of the apse the Thracian poet is sitting on a rock, under a tall tree that extends into the apse. He is dressed in a purple mantle and red shoes. The rest of the floor is covered with representations of the wild animals, 45 in all, seduced by the beautiful music. The disposition is rather free, but generally the larger land animals are towards the entrance, the smaller land animals in the middle and the birds towards the apse. Among the animals there are an elephant, a dromedary, a bear, various antelopes, a lion, a tiger, a peacock, a goose, a porcupine, a lizard and many others. A large part of the animals are from Africa, but not all. There are also some mythical animals, such as the Phoenix and a griffin. This mosaic is, much like the similar mosaic in the Hall of Arion, a celebration of the power of the human intellect, represented by music and poetry, over the savage forces of nature. Where Arion subdues the animals of the sea, Orpheus does the same to the terrestrial animals. Unfortunately, the mosaic is very damaged. Huge parts are missing, including half of the figure of Orpheus, but enough remains to give a good impression of the scene. The exact use of the room is not known, but given the entrance is directly from the peristyle the hall probably had a public purpose. If the theory of a father-son occupation of the villa is correct, this could have been the audience hall of the son, just as the Great Basilica would have been for the father. It could also have been a room for leisure activities, like listening to music, poetry and reading. From http://sights.seindal.dk/sight/478_Hall_of_Orpheus.html