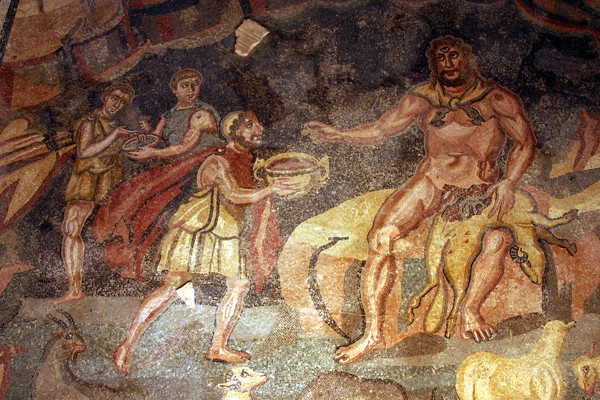 The Odyssey is one of two major ancient Greek epic poems attributed to Homer. It follows the Greek hero Odysseus, king of Ithaca, and his journey home after the Trojan War. After the war itself, which lasted ten years, his journey lasted for ten additional years, during which time he encountered many perils and all his crew mates were killed.

This elaborately decorated late antique villa is one of the most important representations of the Roman Empire in the West.